The Future of YouTube: New Audio Swap Feature Changes The Way We Create And Watch Videos

Hey internet, today I want to talk to you about something that's been making waves in the YouTube community - the new audio swap feature. This may just  revolutionize the way the world watches videos on YouTube, so I suggest you pay close attention.

So, what exactly is the audio swap feature?

In a nutshell, it allows creators to add additional audio tracks and languages to their videos. This means that content creators can now add dubbed versions of their videos in various languages, reaching a much larger audience. While they may start with the most popular languages, such as Mandarin, Hindi, Spanish, Arabic, Portuguese, and Russian, the potential reach is staggering. These six languages alone account for over 2.3 billion speakers worldwide - that's over a third of the entire population of the earth!

But the potential of this feature extends far beyond just reaching a wider audience. It also opens up new opportunities for content creators to monetize their videos. For example, a creator can now create a video in one language, and then use the audio swap feature to add multiple dubbed versions of the video. This can help them reach a wider audience, and also increase their revenue through ads and sponsorships.

Additionally, the audio swap feature also has the potential to bridge cultural gaps and bring people together. The ability to add different languages to videos can help break down language barriers, and make it easier for people from different cultures to connect and engage with one another.

One of the first creators to jump on board with the program is none other than Mr. Beast, who recently added a Spanish version to his video "Would You Sit In A Pit of Snakes For $10,000." The response from the Spanish-speaking community has been overwhelmingly positive, and it's exciting to see how this feature can bring people together and make videos more accessible to non-English speakers.

YouTube is also reportedly working diligently to add video swap and ability to add the audience who have already uploaded videos in the future videos would be great because it will allow the audience to truly enjoy the language merchant that we already talked about and would be especially helpful if channels have lots of text on screen like the educational channels. Adding all your tracks to already existing videos would technically allow all of YouTube's content to be dumped over time as well as help with upload deadlines and the turnaround times for the dubbing studios.

It may not happen overnight, but the potential for growth, monetization and audience reach is undeniable. And who knows, the future may bring even more features like video swap, and the ability to add tracks to already existing videos. With the audio swap feature, the possibilities are endless, and it will be exciting to see how it continues to change the way we watch and create videos on YouTube.

Don't hesitate to book a virtual meeting with us on our website humanvoiceover.com and we can explore this exciting new feature together. See you there! 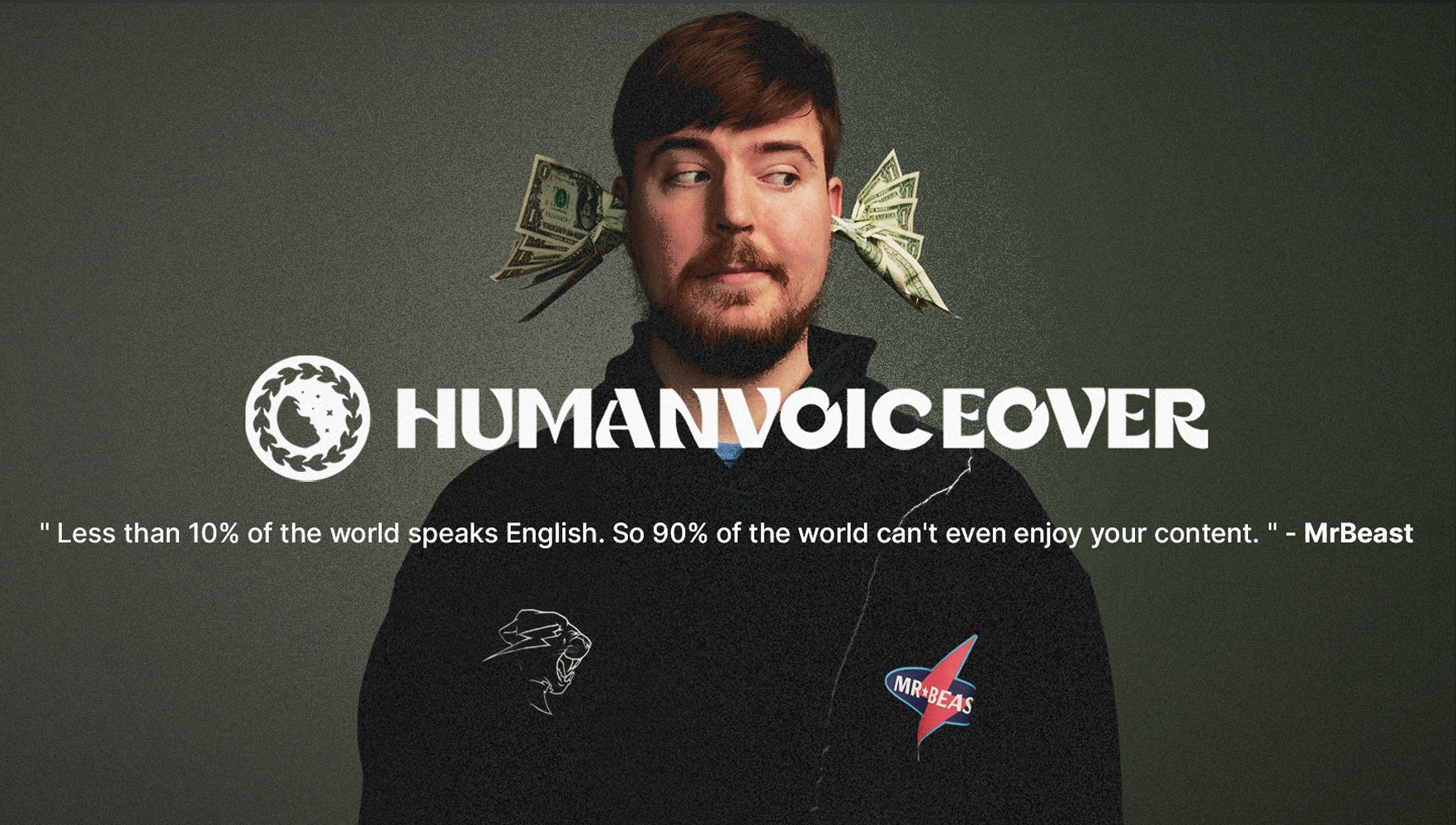 Get paid to write or speak in your native language!

What languages do you know?

Choose a time that best fits you!

We're confident enough to show you what we got.

Fill out the form below and our team will reach out!

Get notified via email about new blog posts, fun facts, and promos!